When is a dispute not a dispute?

We, at LMP Law, love our footie, being loyal Nottingham Forest fans.  This painted property is too Sunderland AFC for us! Do you think the Mews’ neighbours would have preferred pure Nottingham Forest Red?  Back to property and law….

Did you read about the Stripey Mews House in the news lately?  Here’s the link to the Evening  Standard paper where it takes you to their news section of property and law.  A case that has been rumbling around for a few years AND has seen the property in question involved in Posh Neighbours at War (Channel 4).

The Evening Standard’s URL is fabulous!

A brief explanation is that a very wealthy lady, Ms Lisle-Mainwaring, claims she is £4.6 million out of pocket due to increased building costs, legal fees and the fact she could not build a double basement.  The claim is being made against her firm of solicitors who dealt with the property transaction.  She’s so adamant that she’s bringing a High Court claim against them.

How could this have gone so wrong and why did she annoy her neighbours so much?

The whole saga sounds like a Hollywood celebrity drama documentary doesn’t it?  History of case is Ms Lisle-Mainwaring bought the property in 2012 when it was used as office space. She wanted to convert the offices into a luxury home with a double basement and swimming.  Very Kensington!

As happens often, when a property plan is submitted to the council, it was rejected.  No holding back, she began a long legal battle to fight this decision and work on overturning it.  Not only was she fighting to gain permission, she also decided to paint the façade of the house with candy rock style stripes to make a point.  As you can imagine, this did not go down well with her neighbours.

Many planning projects don’t go according to plan and often they require amending and compromising.

Planning Permission Granted – to a point

Lord Justice Lindblom agreed with the original planning inspector’s decision that Mrs Lisle-Mainwaring’s plans should be accepted in their own right. He also ruled ‘not in conflict’ with local planning policies and passed the ‘sustainable development’ test set by the government.  She confirmed that she has spent more than £1 million fighting the dispute in the courts and began demolition work to the candy cane building in 2017.

Was she allowed to build her double basement thought? No, just a single!

Why did she paint it like a candy cane?

Mrs Lisle Mainwaring said she painted the place in stripes in protest against the Royal Borough of Kensington and Chelsea council’s refusal to allow her to change the property’s status from office to residential.

Regarding the neighbours, they complained that the stripes were an “eyesore” and urged their local council to sort it out immediately! Kensington and Chelsea Borough Council said it couldn’t as it wasn’t a listed building.  Can’t make it up can you?

Ms Lisle-Mainwaring certainly likes to make a point. There’s an article from 2015 saying she was also in a dispute with her relatives over the inheritance of her late husband’s estate.

She was branded by her stepson as “the rudest person I’ve ever met”.  Litigation lawyers are not afraid of characters like this. Why? Because they know the law. It’s never personal. 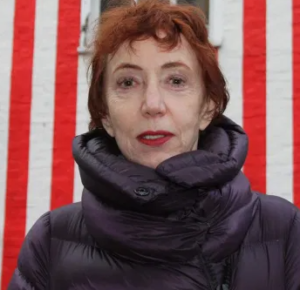 What was the argument against her conveyancers?

As property lawyers who deal with disputes for our clients, we are extremely deft at risk assessment, management of case history, discussing the merits of litigation and talking about expectations and objectives.  Who wins?  We are property litigation lawyers and leasehold property professionals. Often our clients require our expertise to help solve a problem, settle an argument, or claim lost service charges.  We must also of course, give them best practice advice.  No one likes to litigate; it can be extremely costly and stressful, but often a necessity.  Arguments must be resolved, not “won”.

Service charges must be paid. We aren’t conveyancers and don’t deal with selling and purchasing of properties (conveyancers) but we are specialists in Landlord and Tenant Law, with years of experience in the FTT (First Tier Tribunal), County Court and in Mediation.  We leave no stone unturned that’s for sure.

But her argument was that her conveyancers should have known better before allowing her to go ahead with the purchase.  The good thing about private practice is that they (the law firm she is suing) will have taken instructions and there will be documented evidence from each call, email and update on her file.  They would have crossed the ts and dotted the is and given best practice advice. Adhering to SRA Code of Conduct and upholding our Law Society Certificates is so important.  Is her argument a point of principle or all about money?  Sometimes it can be a blur.

So why sue the lawyers if she was angry with the Council?

She claims her property solicitors were negligent, and that they should have warned her that she was never going to be able to get planning permission when they helped her with the purchase.  Ms Lisle-Mainwaring claims she is £4.6 million out of pocket due to increased building costs, legal fees and the fact she could not build a double basement.

It’s one thing suing a business, but another for suing a big London law firm!

Obviously the solicitors denied any negligence and claim the “Stripey Mews” client knew she was taking a “big gamble” buying a property without residential-use permission, and pointed out that she eventually got that permission down the line in any event.  She really wanted that property as she outbid a millionaire South African businessman to get it.

At the time of publishing the blog, the case is ongoing, but we will update when we hear more! It’s simply a fascinating case that gripped our attention!

Service Charge disputes are one of the main causes of landlord and tenant disputes – but landlords are obliged by law to present the service charge under the terms of the lease and also make available to leaseholders the accounts which comprise the annual services’ charge.

If you are reading this and you’re a leaseholder thinking of disputing your service charge, please bear in mind an effective complaint about a problem with service charges will do two things:

Ultimately, leaseholders ready to head into a dispute about their service charge based on a ‘technicality’ (something which hasn’t really caused them any real loss) are less likely to be successful.

Whether you are the leaseholder with a valid point of dispute or the landlord or managing agent owed the money, please speak to us before you do anything that might hinder your case. We really can help.

Lawyers who specialise in litigation and dispute resolution are not afraid of confrontation.  We are led by evidence, facts and law. Is your argument a point of principle and one of saving face, or emotionally charged? If it is, you’re not going into a dispute with a clear head.  Courts and Tribunals will listen to facts.  If you are a landlord or managing agent, or indeed a leaseholder – this past 7 months has been tough both financially and mentally.  We would urge all our readers to communicate about any troubles before it gets to a stage where a dispute has escalated.

All your calls with us with be kept in confidence.  We are here to help recover arrears, help secure service charges and keep an agreement secure.

Why not call our office or email us if you have any questions or concerns that keep you up at night.  We are a small firm, so you won’t get lost in the system.  You will have an in-house legal department feel, which is one of our USPs. Personable, considerate and seriously professional.