Last weekend I visited the Tate Modern and was reminded of the recent ruling in the highly publicised case of Fearn & Ors v The Board of Trustees of the Tate Gallery. Like many, many other visitors, I took advantage of the viewing platform on floor 10 of the Blavatnik Building. Experiencing “the view” for myself brought it into stark reality the statements given by the Neo Bankside residents. It was hard to find a viewing spot amongst all the other visitors – let alone on the side of the flats. I had only just read the full judgment of Mr Justice Mann in the case a few days earlier and even I was surprised upon visiting in person just how close the flats and the viewing platform are and how unobstructed the views into the flats are.

On to the details of the case;

The claimants were flat owners in the reasonably new Neo Bankside development to the South of the Thames adjacent to the Tate Modern museum. The apartments living areas are surrounded by floor to ceiling windows as part of eye-catching architectural design. The living areas also extend to a glazed, covered balcony (winter gardens) described as indoor balconies.

The views from the flats provided by the extensive glass are provided as the reason why many of the residents bought the flats in the first place.

The flats do have solar blinds which can be drawn down.

Around the same time that the apartments were built, the Tate Modern built an extension to the museum which contains the 10th-floor 360-degree viewing platform. Both sets of developers had been aware of the other plans and had discussions regarding various aspects. Planning permissions had been granted on both. Although it is said within the judgment the parties “…did not think through the consequences of overlooking, and looking in to, the flats

There is no denial from any party that visitors to the viewing platform can see straight into the opposite flats. The distance between the 2 buildings is noted within the judgment as only 34 meters.

The claimants provided evidence of always feeling like they were under scrutiny. Particularly as some of the visitors to the viewing platform were taking photographs of their flats and also using binoculars to get a better look.

A quick trawl of social media displays many pictures taken from the viewing platform of the interiors (and sometimes the residents) of the flats.

The claimants gave evidence about feeling like they were in a zoo, family refusing to stay at the flats, feeling constantly watched, experiencing people waving at them and some making obscene gestures, feeling sick to their stomach and more.

The defendants gave evidence about viewing numbers to the platform – it was noted that viewers generally only stayed around 15 minutes and that most people were interested in the landmarks of London more than the flats. Although, it was agreed that some viewers took pictures of the flats themselves. Most importantly, the steps taken by the Tate Modern to try and reduce the intrusiveness were described – viewing times had been restricted, notices about respecting the neighbour’s privacy had been put up and security guards employed to prevent visitors taking pictures directly of the flats. All of the Tate Modern witnesses agreed that it was important to be a good and responsible neighbour.

The technical point of note, in this case, is that the claimants were “seeking an injunction requiring the defendant to prevent members of the public and others “observing” the claimants’ flats ……whether by cordoning off, screening or otherwise”. The claimants argued that their privacy rights had been breached via the law of nuisance and under various aspects of the Human Rights Act 1998.

Besides, the location and design of the flats did not aid the claimants – it was said that the residents had been attracted to the apartments within a tourist environment and “anyone who lives in an inner city can expect to live quite cheek to jowl with neighbours.”

It was also said that there were significant measures that could be taken by the residents to reduce the intrusion such as having the blinds drawn, some privacy film on the windows.

Most importantly it was stated the resident’s sensitivity to privacy could be seen as less than that of a resident living in a countryside dwelling as part of the attraction of the flats was the glazing. Unfortunately, the glass views come at a price in terms of privacy. The case is perhaps best summarised by a direct quote from the defence counsel’s skeleton argument; 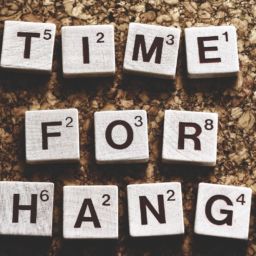 The property market is a constantly evolving and dynamic marketplace. Leasehold and Freehold – Any field with heavy regulatory involvement…